User comments are a popular form of online participation, for example when citizens publicly discuss political news on social media platforms such as Facebook or in the comment sections of news media. Such discussions contain some democratic potential. However, it is not that potential that characterizes the public discussion currently, but rather hate speech, fake news, and insults.

Instead of positive effects such as opinion formation, public reasoning and public participation, democratic values ​​seem to be threatened. Studies show that the poor quality of online discussion endangers social cohesion, polarizes citizens’ political opinions, promotes stereotypical thought patterns and prevents people from participating. Our research question therefore reads: How can the quality, impact and usability of political online discussions be improved? This points to their deliberative aspect which is to discuss politically relevant issues publicly and with mutual respect.

The aim of the research program is to investigate new techniques of moderating and aggregating public-policy communication and make them available in the form of computer-assisted systems. These techniques are intended to improve citizens’ participation and opinion formation and make public discussions more accessible to the media and politics. The research design combines qualitative and quantitative methods as well as computational methods. These are embedded in an interdisciplinary research program and put into practice in cooperation with various partners.

The junior research group is part of the Funding Program “Digital Society” of the Ministry of Culture and Science of the state of NRW. More details about the project can be found here. 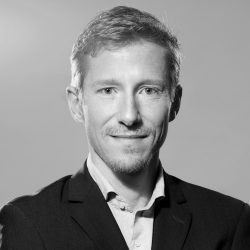 Since February 2018, Marc Ziegele is an assistant professor of Communication and Media Studies with a focus on political online communication at the Heinrich Heine University Düsseldorf. He is also head of the junior research group “Deliberative Discussions in the Social Web” funded by the Ministry of Culture and Science of North Rhine-Westphalia. Before coming to Düsseldorf, he worked as a research associate at the Department of Communication at the Johannes Gutenberg University of Mainz, where he also graduated in Media Economy.

His research interests include participation and discussions of citizens on the internet. The DIID-based junior research group investigates how the quality and effects of public user discussions about political topics can be improved. Moreover, Ziegele analyzes the sources and consequences of people’s trust in the mass media and different aspects of citizens’ use of the social web at the interface of Communication Studies and Psychology. 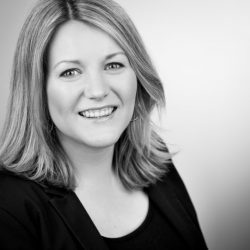 Since March 2018, Dominique Heinbach is a research associate in the junior research group “Deliberative Discussions in the Social Web”, funded by the Ministry of Culture and Science of the State of North Rhine-Westphalia, at the Heinrich Heine University Düsseldorf. Prior to this, she was a research associate at the Department of Communication at the Johannes Gutenberg University Mainz. She graduated in Communication Studies, Film Studies (B.A.) and Communication and Media Research (M.A.) in Mainz.

Her master’s thesis focused on the long-term effects of media brand and user comments on the persuasiveness of online news articles. Her research interests include political online participation and deliberation as well as media effects and persuasion research in the social web. In her dissertation, she investigates the short- and long-term effects of moderation on the deliberative quality and effects of public online discussions on political issues in the news media. At the DIID, she is especially interested in online deliberation processes and the (automated) analysis of online discussions.