The “Wahl-O-Mat” of the Federal Agency for Political Education has become an established and popular online tool in the run-up to elections in Germany. The aims of the Wahl-O-Mat are to inform about political issues and differences between the parties running for elections, to encourage follow-up communication about politics and ultimately to motivate people to vote. Tools like the Wahl-O-Mat are called “Voting Advice Applications” (VAAs).

The Wahl-O-Mat shows 38 statements from different policy fields. The users can choose if they agree, remain neutral or disagree with the statements. Based on a user’s answers, the Wahl-O-Mat calculates the proximity of the user to the parties’ positions. Overall, the various versions have been used more than 60 million times. Tools like the Wahl-O-Mat are called “Voting Advice Applications” (VAAs).

The aim of this project is to examine the effects of the Wahl-O-Mat on the “political sophistication” of citizens in Germany. In concrete terms, the changes in political knowledge and political interest as well as political participation were explored for users and non-users of the online tool in the context of the German State Election in 2017.

Using a panel survey of a representative sample of the German online population, the effects can be recorded precisely over time. The online survey took place in four waves (wave 1: before the tool went online, wave 2: shortly before the election, wave 3: shortly after the election, wave 4: two months after the election). Against the background that there are hardly any international studies investigating the long-term effects, the project contributes to closing this gap in research.

The project promises insights beyond the context of Wahl-O-Mat- and VAA-research. It offers links to political communication research, research on electoral behavior and political attitudes, as well as research on media effects. Finally, the findings are relevant for the practice of political education.

*This project is funded by the Fritz Thyssen Foundation. 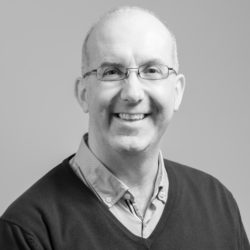 Prof. Dr. Stefan Marschall is a full professor of political science and Chair of the division Political Science II at the Department of Social Sciences of Heinrich Heine University Duesseldorf. He is a specialist on the political system of Germany, on comparative as well as transnational parliamentarism and especially on political (online) com-
munication and participation. Since 2012, Stefan Marschall is the speaker of the section “Politics and Communication” of the German Political Science Association (DVPW). Moreover, Stefan Marschall is head of the Duesseldorf Research Centre on the German Voting Advice Application “Wahl-O-Mat” and responsible for the development and implementation of the “lokal-o-mat”.

A further research focus of Stefan Marschall relating to the social and political dimensions of internet is documented by his works on political online-participation. Since 2016 he is partner in the Horizon 2020 Twinning Project Network for Social Computing Research – NOTRE (TWINN – 2015, http://notre.socialcomputing.eu/). Additionally, he is one of the Principal Investigators and Member of the Board of the Institute for Internet and Democracy (www.diid.hhu.de) as well as of the Graduate School “Online Participation”. For the DIID he serves as one of the two Deputy Speakers. He has conducted and published several studies on the use of online-based participation platforms within parties and parliaments in the last years.