Since the 01. of March 2021, the RAPP project, which is funded by the German Federal Ministry of Education and Research, is running at the HHU. Academic Performance Prediction Systems, APP systems for short, are used for the early detection of dropouts, the prediction of study times and the prediction of student performance.

These systems often face the problem that students consider the analysis of their study progress to be problematic due to privacy concerns; these concerns are also shared by many students at Heinrich Heine University. The goal of the RAPP project is to develop a non-discriminatory, anonymous and fair approach to make ethical predictions about study progress and to take away students’ fear of APP systems.
An interdisciplinary team of computer scientists, sociologists, communication and media scientists and various academic institutions, such as the data protection officer or the student advisory service, is now investigating the question of how such systems can be designed responsibly.
The researchers will focus on the question as to which data can lead to discrimination and how good the predictions without this discriminatory data are . In a second step, they will also look at how the system is perceived by those affected and develop guidelines for action to be taken by student advisors.
On a technical level, the RAPP project is based on a combination of Machine Learning and Explainable AI processes, this should make it possible to identify the factors that lead to students dropping out, for example.
As early as the summer semester of 2021, a total of 34 interviews with experts were conducted, in which not only scientists and lecturers but also students from the social sciences and computer science degree programs were interviewed.
Based on these interviews, it became clear, among other things, that success in the study program must be viewed in a nuanced way. On the basis of these findings, two definitions of success in academics were identified.

Established concept of success: this includes, among other things, completion of studies in the standard period of study, a low dropout rate and a good grade average.

Student-centered concept of success: Students define success primarily in terms of personal development, satisfaction with their studies and a good work-life balance.

In the further procedure, panel surveys are conducted in which, in conjunction with socio-demographic characteristics and the intention to drop out or change, the performance data of the students are to be also analyzed.
In summary, the researchers are interested in expanding established APP systems to include the concept of responsibility in order to make non-discriminatory predictions and provide recommendations to HHU that can be used to help students succeed in their studies. 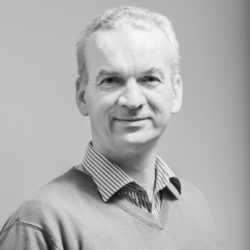 His research considers the analysis of large data sets, in particular, he is interested in image retrieval, the analysis of large time series, clustering, and text mining.  He has on-going cooperations with industrial partners.  Several of these cooperations were funded by the BMWi (Federal Ministry for Economic Affairs and Energy) in a research and development programme for small and medium enterprises. These projects dealt with opinion mining (sentiment analysis), extraction of product features relevant for users, and automated text summarization. At DIID his research interest is currently focused on automated topic extraction and content analyses of texts as well as identifying argument structures, sentiments, and emotions. 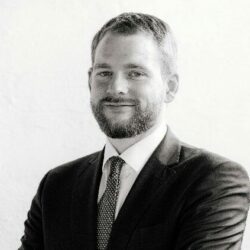 Dr. Johannes Krause is research assistant at the Chair of Sociology II since 2011. He studied Social Sciences at the University of Cologne and completed a part-time Master of Business Administration in 2019.

His research interests are physical attractiveness and the (un-)fair determinants of educational trajectories. 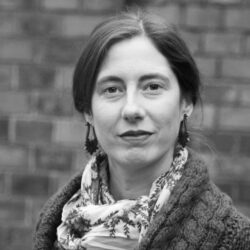 Bettina Ülpenich is research assistant at the Chair of Sociology I and II of the Institute of Social Sciences at Heinrich Heine University Düsseldorf. After having graduated in graphic design technology and economics & politics she studied sociology at the University of Wuppertal and finished in 2013 with a master degree. Her PhD thesis dealt with the construction of categories of persons in the course of the refugee crises.

Her research interests are the sociology of categorization, gender studies and trends in higher education.