In recent years, numerous strategy papers on the development of digitization and so-called artificial intelligence (AI) have been published from the European to the state level. What they all have in common is the intention of a stronger orientation toward people and the common good. If politics takes its own claim seriously, it is dependent on the support of an active and enlightened civil society that contributes its needs and ideas to the shaping of digitization policy in a mature and self-determined manner.

Otherwise, the development and implementation of AI technologies will remain the preserve of interested industry, whose primary goal is to maximize profits and increase efficiency. Studies from the U.S. and the U.K. show that the public debate to date has been heavily dominated by industry (Brennen et al. 2018; Fast & Horvitz 2017). These actors argue from their own specific logic. So far, no systematic findings are available for the German discourse. The Meinungsmonitor Künstliche Intelligenz [MeMo:AI] aims to close this gap. In research partnership with the Center for Advanced Internet Studies (CAIS), a team of communication and social scientists led by Prof. Dr. Frank Marcinkowski is investigating the constitution and change of public and media published opinions on AI.

The project is based on the assumption that the realization of a comprehensive claim to shape society requires a politicization of the topic. This means, first of all, that the topic of AI and digitization is recognized as an object of political debate and will formation. Research from other topic areas such as EU politics (e.g., De Wilde, 2011; Schattschneider, 1957) shows that three conditions must be met: (1) the existence of alternative positions in the public debate (polarization); (2) broad media attention that ensures popularization of issues and dissemination of different positions (intensity); and (3) societal attention to an issue and electoral significance (resonance). An apt example of such a development is the recent issue and political career of climate change. To what extent there will be a comparable trajectory for AI, MeMo:KI will assess this by systematically monitoring public and published opinion.

The study uses a combination of different empirical methods. Both time-honored methods of social science research such as media content analyses and surveys as well as new computer-based methods are used:

Since April 2021, the project has been funded by Stiftung Mercator for a period of three years.
Previously, the Ministry of Culture and Science of the State of North Rhine-Westphalia funded the project for a period from January 2020 to March 2021. 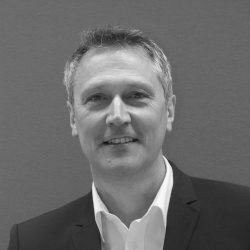 Dr. Frank Marcinkowski has joined the Institute for Social Sciences at Heinrich Heine University Duesseldorf as Professor of Communication in October 2017.

His research and teaching areas include communication theories, political communication and online media. At DIID he is interested in public perceptions, evaluation and opinion formation of digitalization. 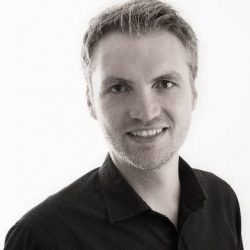 Since 2021, Christopher Starke works a post-doctoral researcher at the Amsterdam School of Communication Research and at the interdisciplinary research hub Human(e) AI of the University of Amsterdam. He is currently leading the two externally funded research projects ‘Discourse Data for Policy’ and ‘Responsible Academic Performance Prediction’ together with colleagues at Heinrich Heine University Düsseldorf.

In his research, Christopher investigates the impact of artificial intelligence on democracy. This includes the following research areas: Perceptions of fairness, legitimacy, and technocracy regarding algorithmic decision-making systems in the public sector; potentials and challenges of AI to combat corruption; political consumerism in the attention economy. 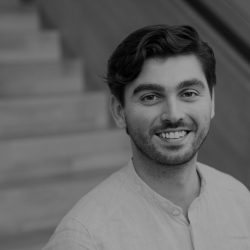 Since 2017, Pero Došenović has been a research assistant at the department of Social Sciences at Heinrich Heine University Düsseldorf. He holds a bachelor’s degree in media management from the University of Music, Theatre and Media in Hanover and a master’s degree in strategic communication from the University of Muenster. Later, he has worked there as a research assistant and coordinator of the “Center for Media Practice” with a focus on applied market and opinion research.

His main areas of interest in research and teaching are political online communication and participation as well as the public perception and the development of critical movements on digitalization. He is currently involved in the project “Meinungsmonitro Künstliche Intelligenz” [MeMo:KI], which is being realized in research partnership with the Center for Advanced Internet Studies (CAIS). MeMoKI aims at a continuous investigation of the formation and change of public opinion on artificial intelligence. 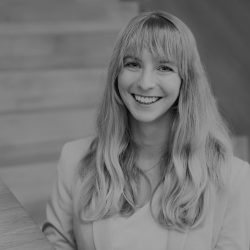 In 2019, she worked as a research assistant with Prof. Dr. Marcinkowski, where she supported the project “Fair Artificial Intelligence Reasoning in Higher Education” as part of the Volkswagen Foundation’s project series ” Artificial Intelligence and its Impact on Tomorrow’s World”. Subsequently, in her master’s thesis she focused perceptions of artificial intelligence in higher education. She is currently involved in the project “Meinungsmonitro Künstliche Intelligenz” [MeMo:KI], which is being realized in research partnership with the Center for Advanced Internet Studies (CAIS). MeMoKI aims at a continuous investigation of the formation and change of public opinion on artificial intelligence. 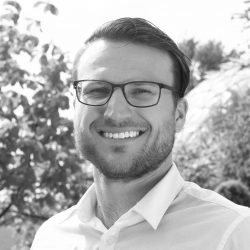 Kimon Kieslich, M. A., is an alumnus of DIID after working as a research assistant at the Chair of Communication and Media Studies I at Heinrich Heine University Düsseldorf and in the research project Meinungsmonitor Künstliche Intelligenz [MeMo:KI].  He previously studied Communication Science (B.A. & M.A.) at the Westfälische Wilhelms-Universität Münster.

In his research, Kimon is concerned with population opinion on as well as media coverage of AI.

In particular, he is interested in the following research areas: Public good-oriented AI; legitimacy perceptions of algorithmic systems; human-machine interaction.