The project investigates whether and, if so, to what extent the established philosophical discourse on discrimination is applicable to new forms of disadvantage caused by artificial intelligence methods.

Some problems that arise in the context of AI-assisted decision making, e.g., through the use of biased training data,
can be well captured by established discrimination concepts. In addition, however, there are more complicated phenomena that give rise to novel forms of disadvantage.
For example, in “redundant encoding,” particularly protected characteristics, such as ethnicity, correlate so closely with supposedly unproblematic data, such as zip code, that use of the supposedly unproblematic data results in protected groups being disadvantaged. Further, the use of AI may lead to a systematic disadvantage of “random groups,” such as people with certain shopping behaviors that correlate with non-payment. Here, it needs to be clarified to what extent the conventional understanding of discrimination can be solved by classical characteristics, such as skin color, gender or age.
In all of the phenomenon areas under consideration, we will examine how established concepts of discrimination need to be
need to be adapted in order to adequately capture phenomena of AI-based discrimination.
The project is part of the “Use Case Law” of the Manchot research group “Decision Making
using artificial intelligence methods”. 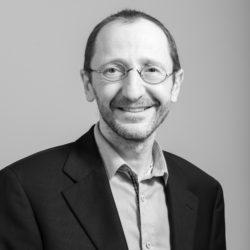 His research interests are political philosophy, legal philosophy and ethics. As part of the DIID, he deals with the democratic-theoretical legitimation of online participation processes and the protection of privacy.