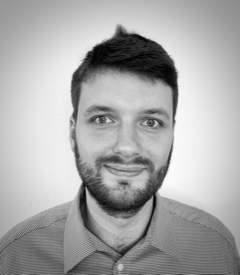 Björn Ebbinghaus has studied Computer Science at the Heinrich-Heine-University Düsseldorf since 2013. He completed his Bachelor of Science degree in 2017. At the same time, he was already working on D-BAS, the dialog-based argumentation system, a project of the first phase of the Research Training Group, as a student assistant. During his master studies at the HHU, he focused on the use of argumentation systems in natural language environments, such as chat systems, by chatbots.

In his master thesis he investigated the possibilities of extending existing argumentation systems with a subsequent decision making process. For this purpose, an experiment was conducted with the student body of computer science to test whether this kind of decision making is perceived as fair and acceptable by the students. Since January 2019 he is employed as a research assistant at the Chair of Computer Networks of Prof. Martin Mauve, where he is researching the practical application and development of systems for decision making.