This research project aims to assess whether online participation processes on the local level result in changes in the political attitudes of the public. Question of interest include

To investigate these questions this project required a unique comparative research effort in which three almost identical instances of online consultations were implemented in three different German municipalities and subsequently systematically evaluated. Specifically, in 2017 the three map-based online consultations were conducted in close collaboration with the city councils of the three municipalities of Bonn, Moers and Ehrenfeld (district of Cologne). In each of these cities the local councils invited their citizens to make proposals on how to improve the situation for cyclists. Over the course of five weeks, citizens made about 3.200 suggestions along with 2.200 comments. These citizen contributions are currently being discussed by the respective political planning committees in order to determine specific measures to be implemented over the next years.

The research project aims to assess how these participatory processes may or may not have impacted on the legitimacy beliefs of the public. Specifically, three different levels of legitimacy beliefs are analyzed: i) the citizens’ assessment of the particular local policy discussed in the online consultation, ii) their attitude towards the stakeholders responsible for it as well as iii) their overall satisfaction with the way democracy works in their city and their country.

To answer the question how these assessments might be related to processes of online participation, this study can draw on empirical evidence from three major sources:

In contrast to previous evaluations, this research can compare three basically identical instances of political participation online in comparable contexts instead of single case studies or comparisons of different processes. What is more, instead of just focusing on those who actually take part in such online processes, this research can due to the representative surveys compare active participants with those who have not taken part or did not even know about the processes. Finally, due to the panel design of these surveys it is possible to track the development of public legitimacy beliefs over time, e.g. before and after the participation process.

This pilot study is being funded by the Strategic Research Fund of Heinrich-Heine-University Düsseldorf for a duration of two years (October 2016 – September 2018) and is supposed to form the foundation for a more extensive follow-on research project. 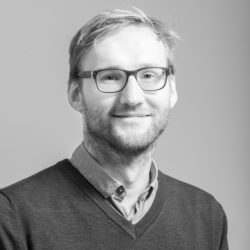 Tobias Escher leads a junior research group funded by the German Federal Ministry of Education and Research, focused on the effects of citizen participation on quality and legitimacy of political decisions regarding the transformation towards sustainable mobility, in particular on the local level. Previously he has managed both the Düsseldorf Institute for Internet and Democracy (DIID) and the PhD programme on local level online participation (NRW Forschungskolleg) of Heinrich-Heine-University Duesseldorf. His research interests are the design and evaluation of participatory processes online and offline. His particular focus is the potential contribution of citizen participation for increasing the quality and legitimacy/acceptance of political decisions. He has also developed a course on the theory and practice of online participation, a result of which has been a platform allowing students to shape their course curricula.

Tobias Escher is a social scientist with a PhD in Information Science, Communication Studies and the Social Sciences from the Oxford Internet Institute at the University of Oxford. To asses the opportunities as well as the limitations of digital technologies he can also rely on his basic knowledge of Computer Science. Having previously worked and studied in Oxford, London, Leicester and Berlin, he joined Heinrich Heine University Duesseldorf in 2011. 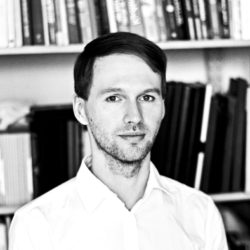 Bastian Rottinghaus worked as a research assistant at the DIID of Heinrich Heine University between October 2016 and December 2019. He studied Social Sciences (B.A. and M.A.) in Düsseldorf. From 2010 onwards, he was initially employed as a research assistant at the Chair of Sociology II at Heinrich Heine University. In his dissertation, submitted in 2015, he dealt with the empirical measurement of aspects of political competence and their effects on political participatory action. His work at the DIID focused on collaborating on a comprehensive research project on the effects and influencing factors of municipal online participation in a comparative perspective and, in a follow-up project, on the continuation of the DIID Monitor.

In his current position at the DJI in Halle, he is involved as a researcher in the evaluation of the federal programme “Demokratie leben!”.